The Basics of Visiting the United States

Published by ChrisW On October 23, 2015 Leave a response

The Basics of Visiting the United States

As Americans, we’re always thinking about venturing out to other countries and planning a week long trip here and two weeks there.  When we look at going back to France, we know that it’s not ridiculous to plan a week or two to catch a few big sights and have time to relax.  When we go to Mexico (and it’s pretty frequently) we know that the country is split into pretty well defined areas, but each area can easily be tackled in one visit.  It’s not like that with the USA.  Do people understand the basics of visiting the United States?  Do people realize that you can’t visit New York City and experience California’s Big Sur coast in the same week?  We’re going to lay it out for you now!

First US city that comes to mind?! Quick!?  New York?  Los Angeles?  Miami?  Dallas?  Yeah, none of those are even a day’s drive apart.  When we talk to people heading to the States and hear their list of places to see, more often than not it’s a mish-mash of sights scattered across thousands of miles.

When you’re planning your visit to the US, think about what you’ve always dreamed of seeing, or where you’ve always wanted to hike or swim.  If the purpose of your visit is to get immersed in culture, pick a quadrant of the country and research what you’ll find.  For history, anything on the East Coast is good.  For nature, we will 9 times out of 10 say to head to the western states.  Here’s a quick breakdown of the four very general sections of the mainland USA… 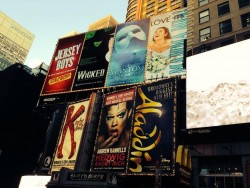 Visiting the Northeastern US

Visiting the Northeastern US may include New York, Boston and Philadelphia. Pizza, clam chowder and Cheese-steak.  Fashion, history and art.  And Maine.  You must venture up to Maine for the rocky coastline and lighthouses.  There is more, but these are the must-see areas.

NOTE: this is the only portion of the US that you can EASILY get between major cities by train/car in a short amount of time.

Tip: You could group Washington DC into this area and visit it too.  It is an amazing city that, as Americans, we are very proud of.  Even if the politics are bad, the sights, art and history are incredible.  And when we say history, we’re talking about the founding of the United States and its development over the centuries centering here. 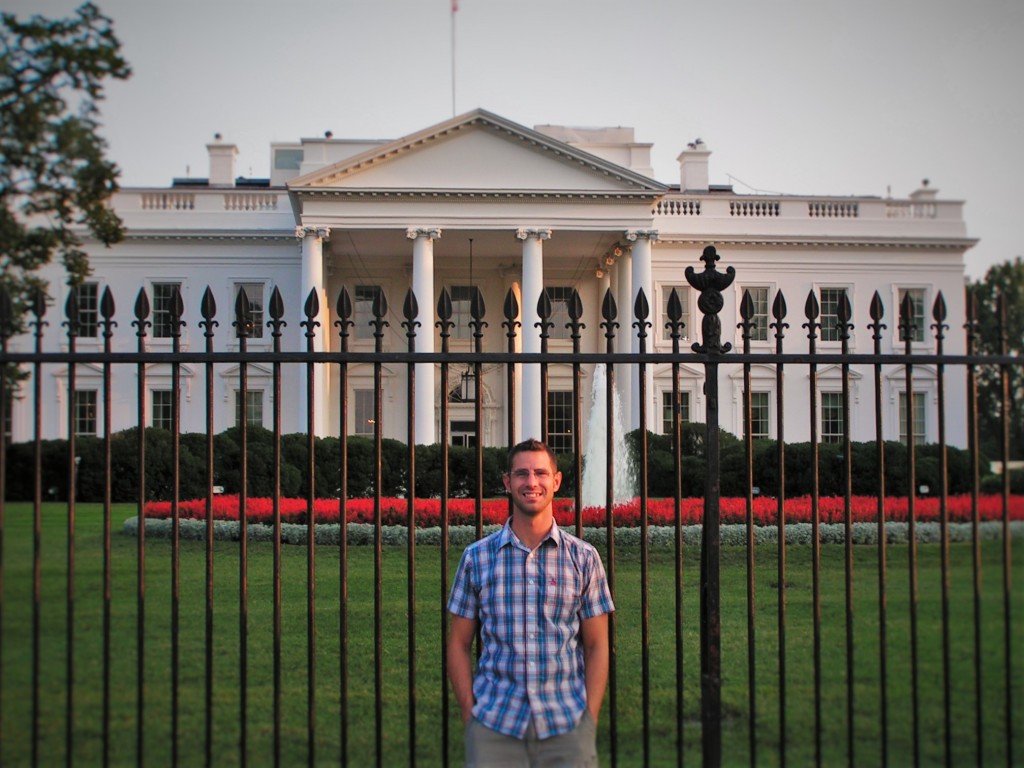 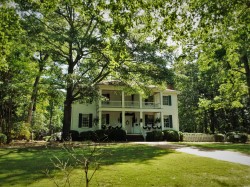 If you know your US history, you know that the South is the toasty warm, humid part of the country that’s home to cotton and tobacco farms. It’s the former Confederacy that lost the Civil War in the 1800s.  It’s fraught with historical sites, beautiful Antebellum plantation homes and Walt Disney World.  The South is where you’ll also find Miami, Atlanta and New Orleans.  Touring the South provides everything from the Smokey Mountains to the Bayou and Everglades.  Spending two+ weeks experiencing the history and nature, and you’ll feel like you saw a diverse picture of the USA.

Tip: Florida is home to the Keys, an archipelago stretching into the Caribbean Sea, all connected by lengthy bridges.  A one-of-a-kind sight.  It’s also home to the oldest city in the United States, St. Augustine. 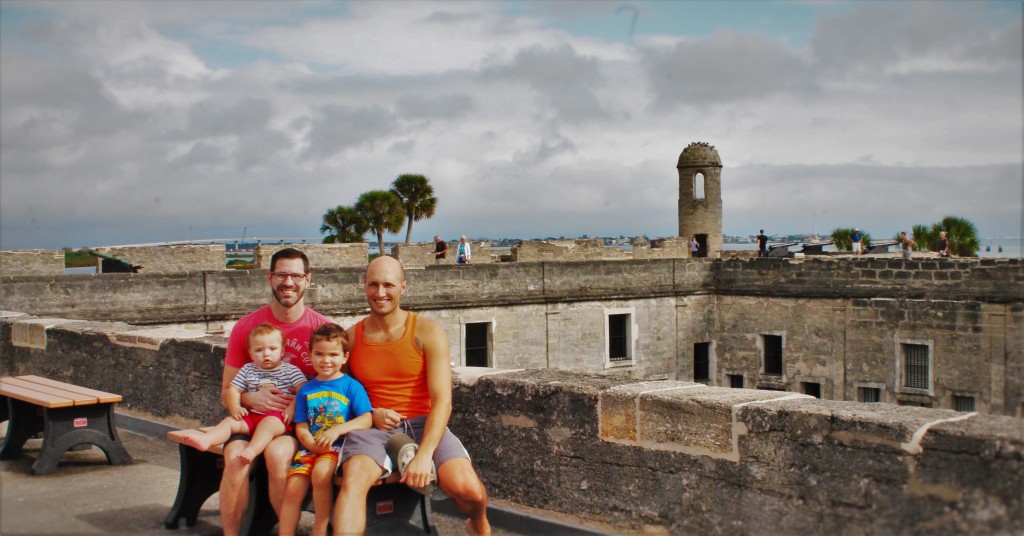 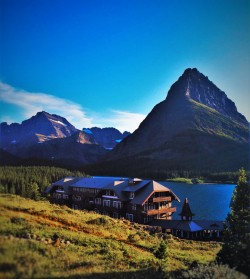 Oh the Rockies: home of John Denver, Yellowstone National Park, the Cliff Dwellings and mountain goats.  If your idea of America is the Wild West, this is where you need to start.  Denver, Colorado is a major airline hub, making it more affordable to fly into and use as your home-base for your Rocky Mountain adventure.  And if you’re thinking about covering multiple regions, start here and continue onto the West Coast or up to Chicago.

Tip: there are five must-see National Parks in the Rockies:  Glacier NP, Yellowstone NP, Grand Tetons NP, Rocky Mountain NP and Mesa Verde NP.  The scenery is that of epic oil paintings.  It’s pretty easy to plan and tackle all five parks, but even an itinerary like this needs at least two weeks.  As far as the USA goes, these sites are as close together as you can get, but except for the Tetons/Yellowstone, each is a day’s drive apart. 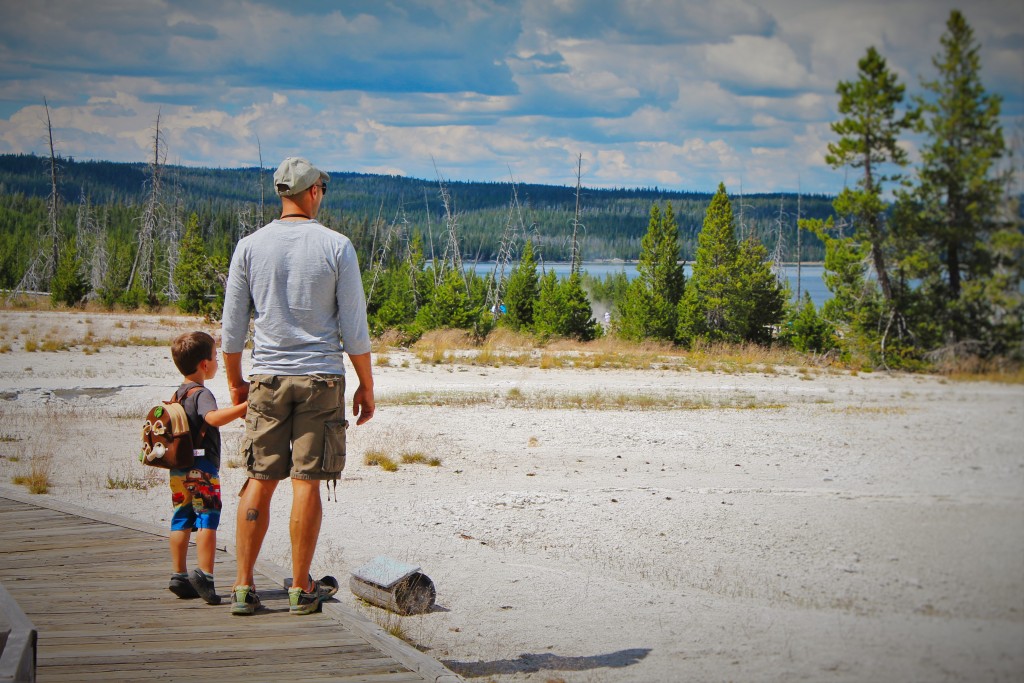 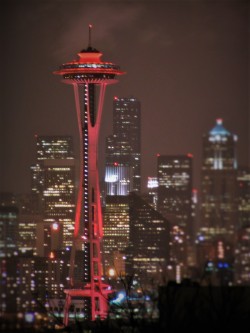 Seattle, Portland, San Francisco, Los Angeles, San Diego… The West Coast is the land of neighborhood cities.  If you’re looking to experience trendy, hip America, the West Coast is it.  We’ve been all over the country, hitting the tourist spots and small towns, and nothing is like the West Coast.  Seattle is set between the Cascade and Olympic mountains… on the water and each neighborhood is completely unique, offering different breweries and restaurants than the next hood over. Portland is woven between rivers, watched over by Mt Hood, and is very similar to Seattle regarding neighborhoods.  San Francisco sits on the Bay with the Golden Gate Bridge guarding it, and with Yosemite and the Muir Redwoods close by.

From the high class row-houses to the Mexican-influence Mission District, the gambit of cultures in America settles in SanFran.  Between SF and LA there is the Big Sur coast, dotted with wine, beaches and camping.  Los Angeles is home to Hollywood and Disneyland.  San Diego is the beach and a taste of Spanish-American history.

Tip: The options from either the north or south end of the coast lead you to Vancouver, Canada or the Mexican Baja Coast.  You can’t go wrong.  Totem poles one way, tropical beaches the other.  Sushi to the north, fish tacos to the south.  **check each country’s border crossing policies regarding their visa requirements for your country of citizenship. 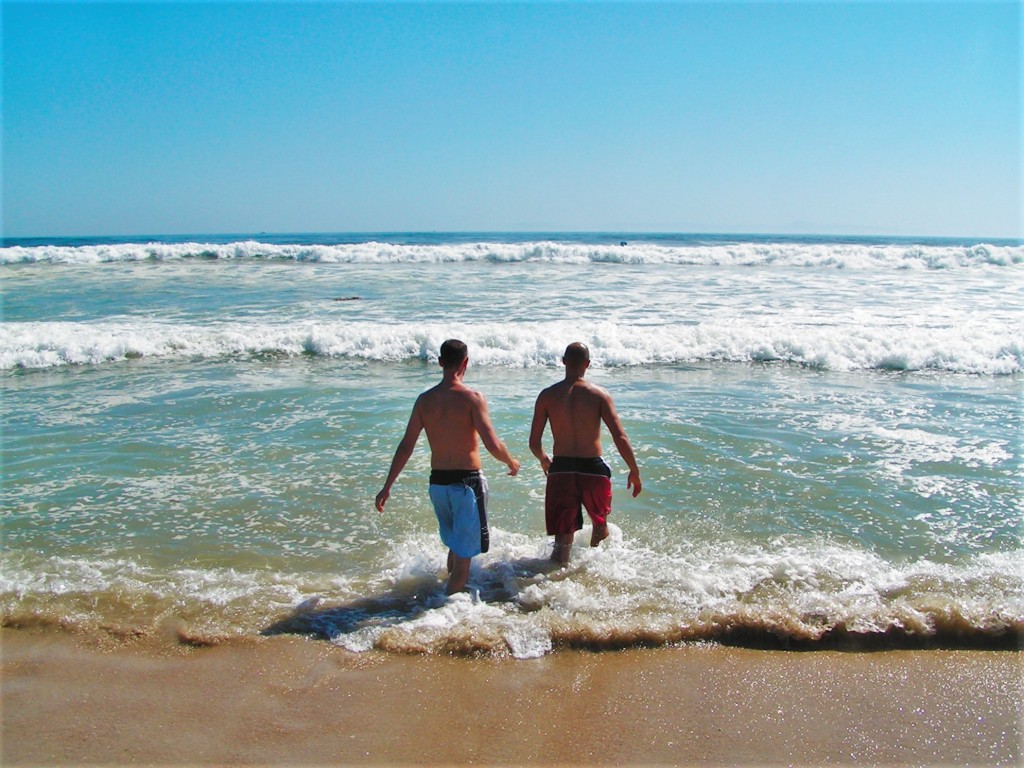 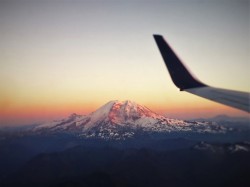 Jetting around the USA

If you’ve lived or visited anywhere outside of North America, you probably have used regional airlines or booked really inexpensive flights to get you from stop to stop.  Unless you’re a business traveler or have a limitless travel budget, it’s not easy to do that in the US.  Here, flights are ridiculously expensive.  Where it used to be cheap, say less than $100 San Francisco to Seattle, it’s now upwards of 2 or 3x that (more for short notice tickets).  If you’re flying cross-country, Portland to Atlanta perhaps, you’re looking at a $400+ USD ticket with at least one stop-over in the middle.  This is why we recommend seeing the United States in quadrants.

Tip:  there are random small airports with regional flights that still aren’t price gouged.  If you’re an hour or more outside of a major city, this could be an affordable option to get to your next destination. 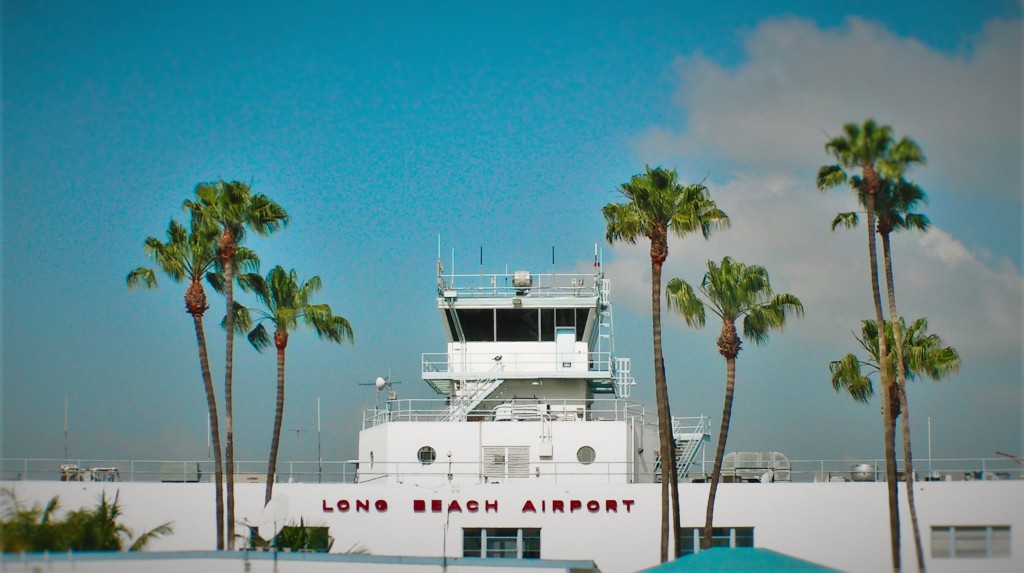 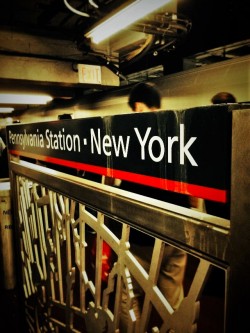 Train travel in the USA

I’ll just say it.  Trains aren’t an option in the United States like they are in Italy or Japan.  We don’t have fast trains connecting major cities.  We have scenic train service and metropolitan commuter transit, but you’re not hopping a bullet train to cut your drive time.  Train fare is not cheap if you’re planning on anything more than a day’s ride.  If you’re TRULY INTERESTED in experiencing America by train, do check with Amtrak and use their personalized help services to understand and plan your adventure.

Note:  the train is probably the best way to see the State of Alaska, which is vast and tiresome to do by car.  The train cars have glass tops and the route is not along any highways, so you’re seeing nature in its purest possible form but still from a vehicle.  You can drive around much of the state too, which is best if you want to camp or hike, but if you want to relax and enjoy, use the train.

Actually getting here: a US visa

If only travel was as easy as waking up and saying “Let’s see what’s happening in _______ today,” but it’s not.  There are things to plan for and reservations to make, locations to research and documents… DOCUMENTS?!  Yep, just like with any sort of international travel outside of specific travel zones, you need a visa.  The State Department has laid out rather clearly what constitutes needing a Visiting Visa (B2) vs any other type: 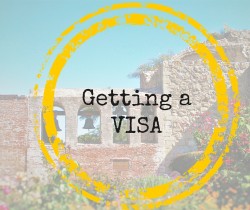 All of these reasons are fairly clear.  Not too many questions can come from them.  Where it’s more complex is if you’re intent or length of time in the US is more than a tourist visit:

Each of those reasons will require much more documentation and approval.  Visas may be more difficult to obtain based on the reason, but still worth requesting.  To quote VisaNow:

“You might have already guessed that some nationalities have much higher rejection rates than others. The U.S. State Department is more wary of B visa applicants from countries that are politically and economically unstable because they assume citizens of those nations are more likely to want to leave their home country for good.”

You never know until you try.  For a great resource, including accounts of denied visas, check out VisaNow.  Check out their recommendations for securing visas more swiftly.

We know.  You’ve read all of this information and are thinking “Is a visit to the USA really worth it?”  The answer is YES!  While we may not have thousand year old streets to wander or tropical waters to swim in around every turn, the experience is one of a kind.  We are ready to welcome visitors and new friends and help them have a one-of-a-kind experience.

Do you have more questions or would like to know about specific travel plans or destinations?  Leave a comment or send an email.  We’re happy to help with general inquiries, and for more complex requests, we can refer you to a travel booking expert.