Rosario: gay guide to the best bars, clubs and hotels in Rosario

Published by ChrisW On June 2, 2017 Leave a response

Gay Rosario is ripe, ready and just waiting for the gay boys to head on over.

Historically, there’s always been an active gay scene here and as a result, it’s a popular destination for the Buenos Aires boys.

Rosario rivals Córdoba as the country’s 2nd city. It has around 1.3 million inhabitants and has always maintained a very relaxed and tolerant attitude, which is what makes it so gay friendly.

Bridezilla Stefan was so excited to learn that Rosario was one of the first destinations in Latin America to allow any gay couple from around the world to marry here, regardless of citizenship or passport…

What other reason to come to Rosario? (Other than being the birthplace of Che Guevara and Lionel Messi…?)

“The ice cream of course!”

The locals proudly boast of having the best ice cream in the world outside of Italy and certainly the best in the country.

Rosario is located 300km (186 miles) Northwest of Buenos Aires, on the Western shore of the Paraná River in the province of Santa Fe.

It’s around 3-4 hours drive from the big capital city or 4-5 hours by bus, making it the ideal weekend getaway from Buenos Aires, or a nice way to cut the journey if you’re heading West to Córdoba or Mendoza.

Most of the bars in Rosario are gay friendly, attracting a mixed crowd. Sadly, the country’s economic recession hit the gay scene of Rosario quite harshly, causing many of the gay bars to either close down or to become mixed in order to survive.

When we visited in September 2016, these were the bars the gay local boys showed us and which we loved: 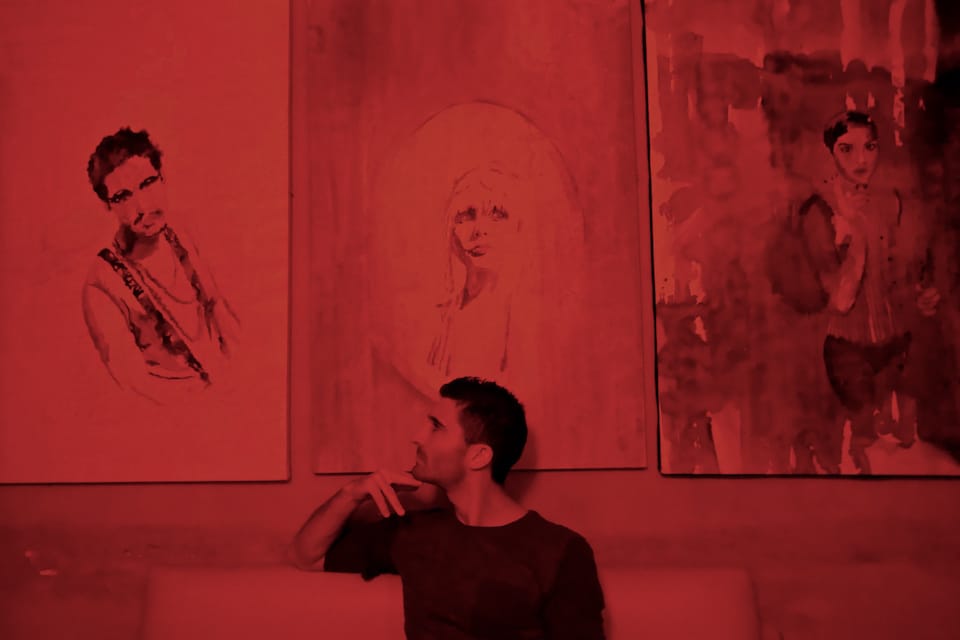 GAY CLUBS AND PARTIES IN ROSARIO

Argentinians do everything late. Dinner is after 10pm and clubs don’t get busy till after 2am. This may explain why there are more gay clubs and parties in the city compared to gay bars: 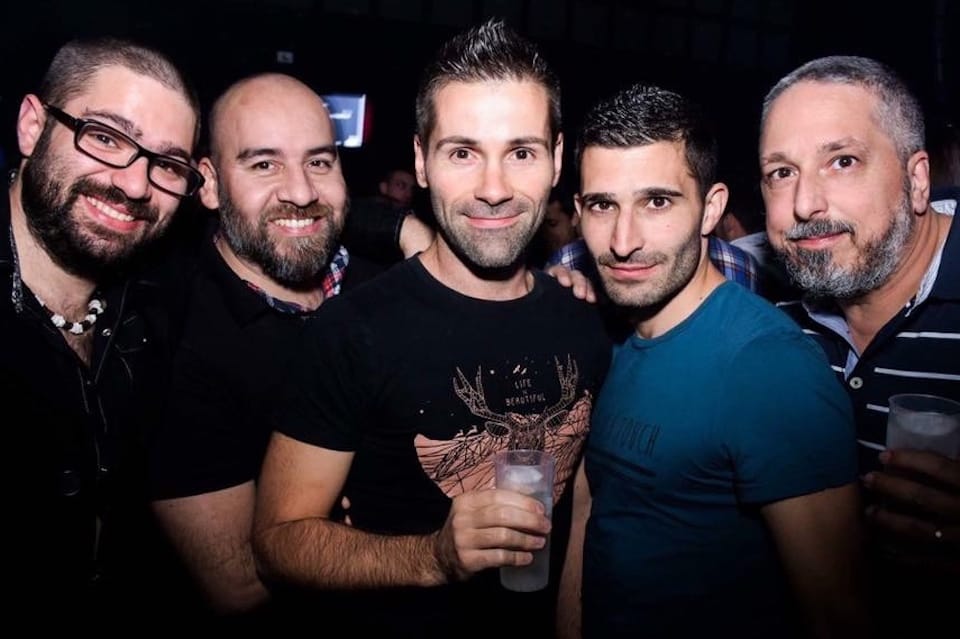 A night out with our Rosario buddies at Fiesta Puerca. Photo credit: Pablo Mandredi

Most hotels in the city are open to gay couples and these ones particularly stood out for us:

Plaza del Sol is located on San Juan Street, which used to be the original gay cruising area around 50 years ago before there were any gay hangouts. Close to the Bandera monument and most tourist attractions, this is a great budget gay friendly option in downtown Rosario. Locals will also be quick to point out this is Ricky Martin’s hotel choice when visiting the city. Rooms start from 1,090 pesos ($73) a night.

Famous for its casino, Pullman City Center is actually a chain brand and despite the name, it’s located a good 25 minutes taxi ride south from the  heart of town. Arriving here you feel like you’re James Bond about to set food into Casino Royale. This is also a famous venue for marrying couples to come for photo shoots and has a large fitness centre with a modern gym, tennis court and outdoor pool. Rooms start from 2,200 pesos ($145) a night. 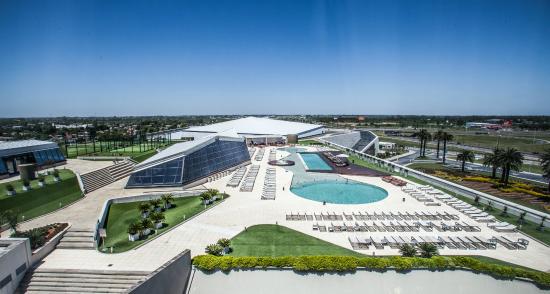 THINGS TO DO IN ROSARIO 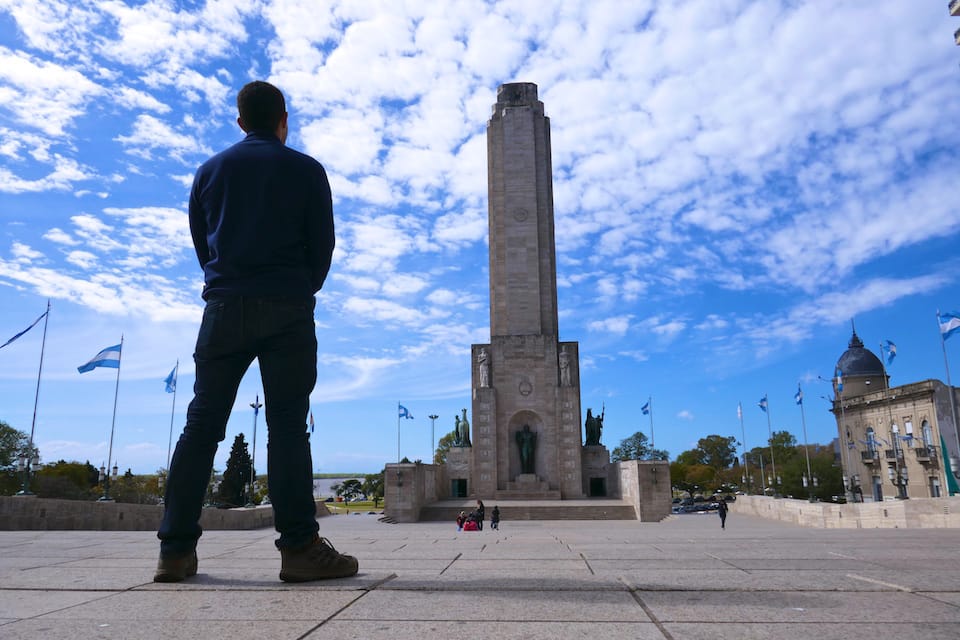 Stefan sizing up the mighty Bandera Monument in central Rosario 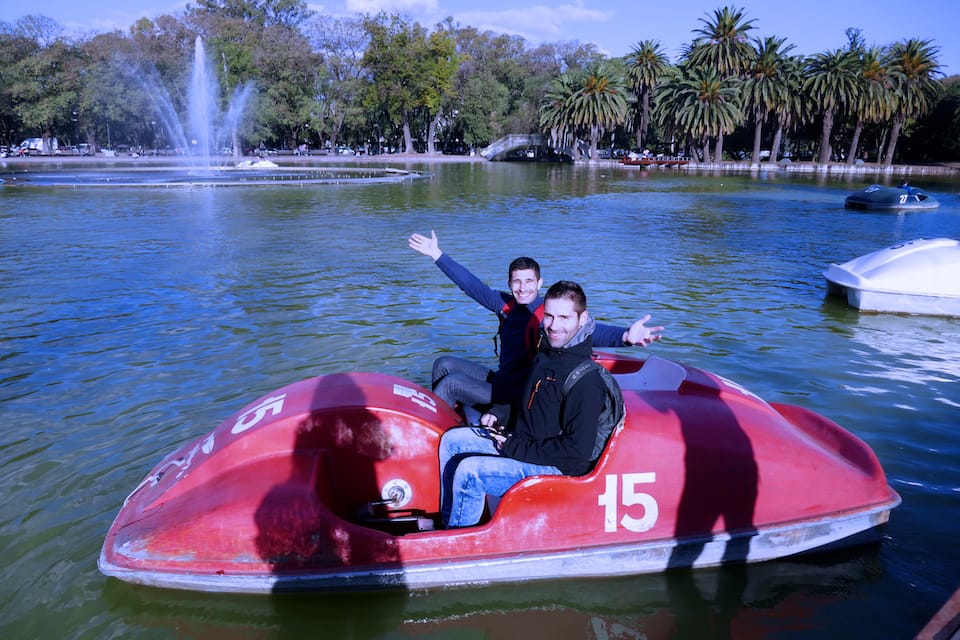 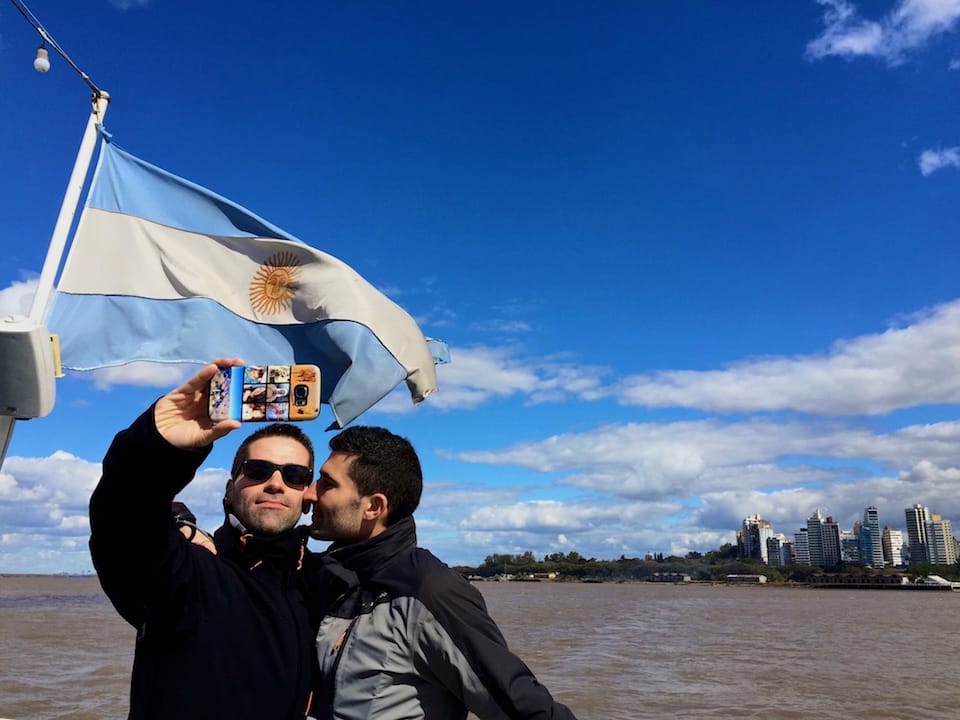 A romantic boat cruise down the Paraná River. Photo credit: Pablo and Gustavo of Gnetwork360

Alongside the classic Argentinian parillas (steak houses), Rosario is a city dominated by river, so freshwater fish like surubí, pacu and boga feature prominently in the diet. Here’s a few restaurants we found and loved in Rosario: 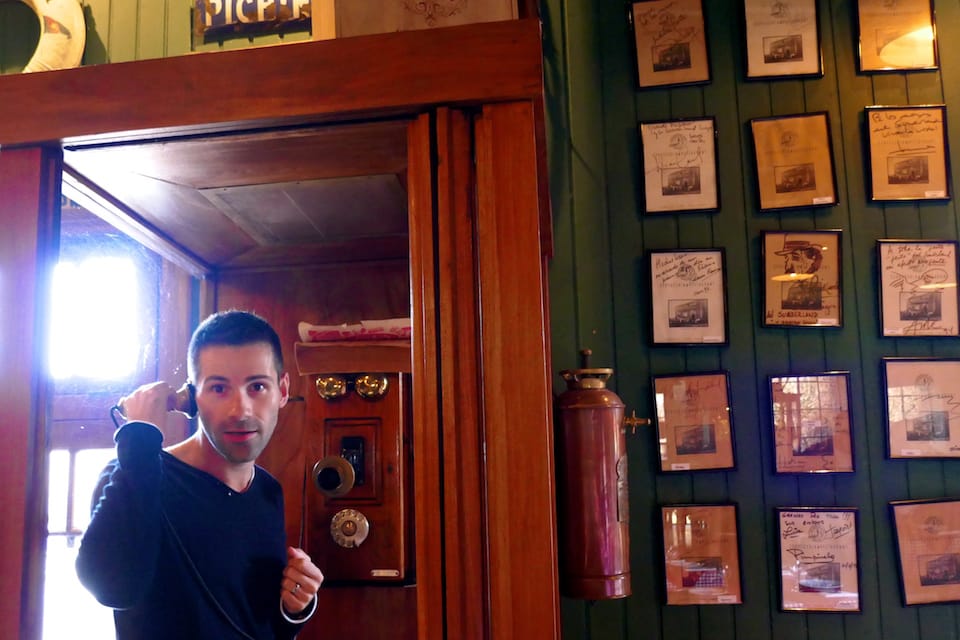 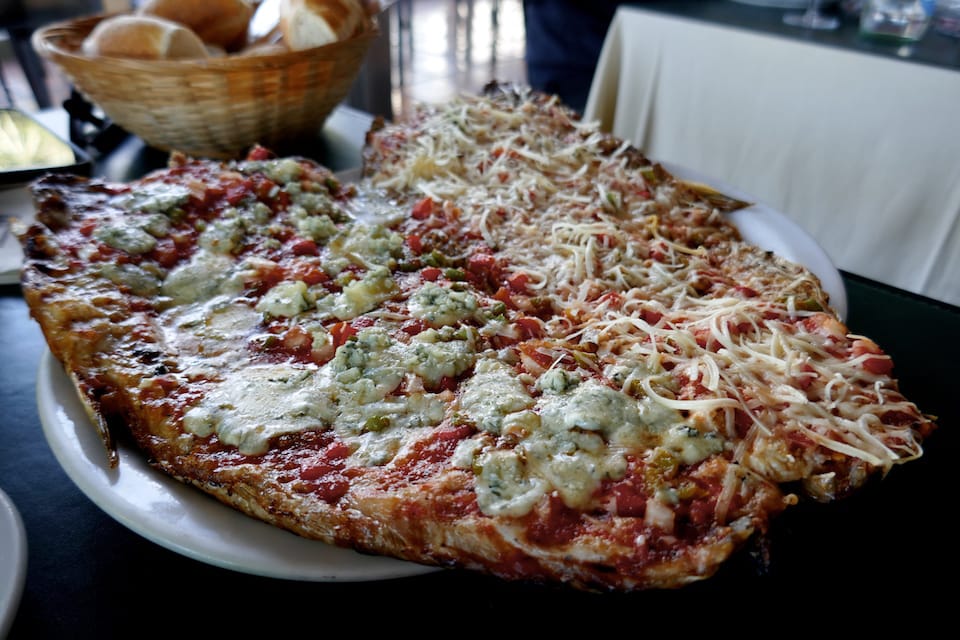 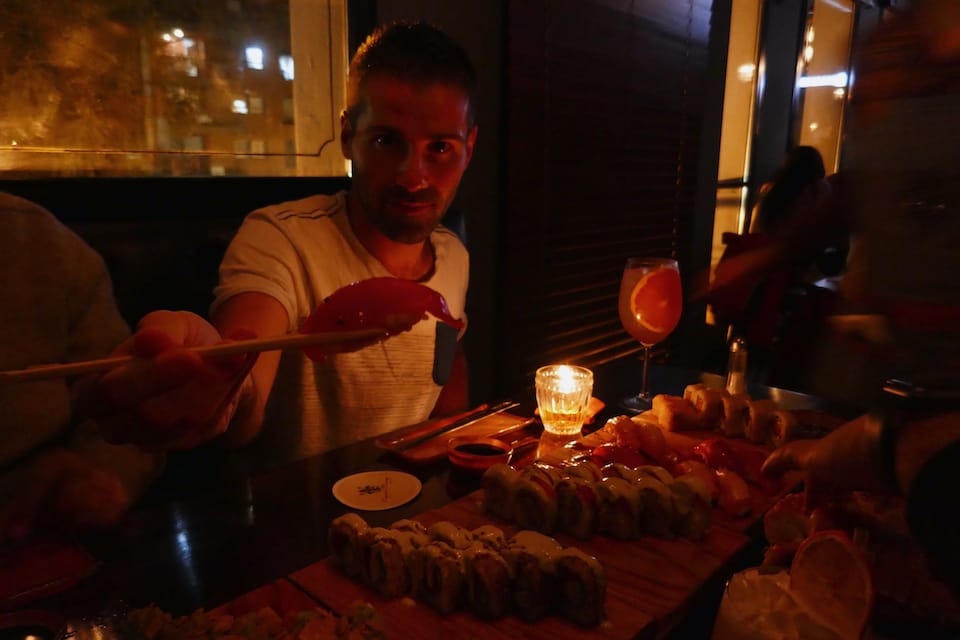 Sushi – Argentinian style at the Negroni restaurant in Rosario 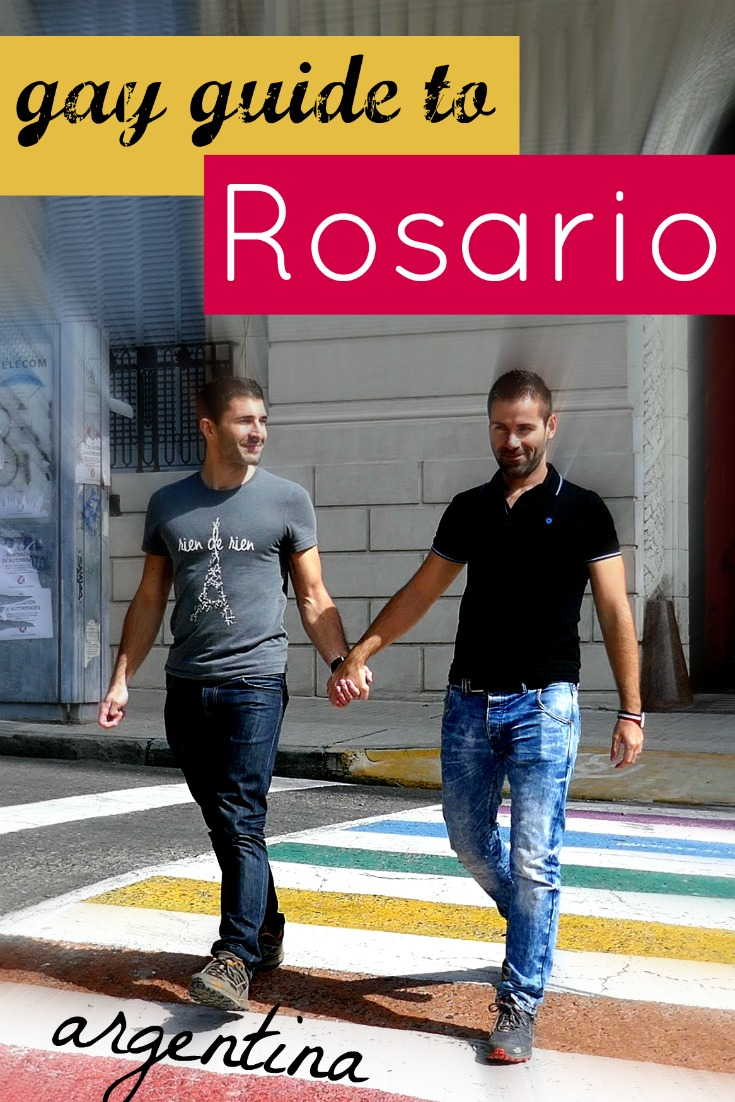